Buy $270.00
In this course students will explore the rich history of still life painting with a focus on the techniques and strategies derived from the Dutch Golden Age. Special attention will be paid to the foundations of representational painting as students complete one painting over the course of six weeks. Each week will be focused on an individual group of objects to explore strategies of depiction. Weekly review, lectures, and demonstrations are augmented with supplemental materials, videos, and email support.
Enroll Now

Scheduled occurrences for the next session of this class are as follows: 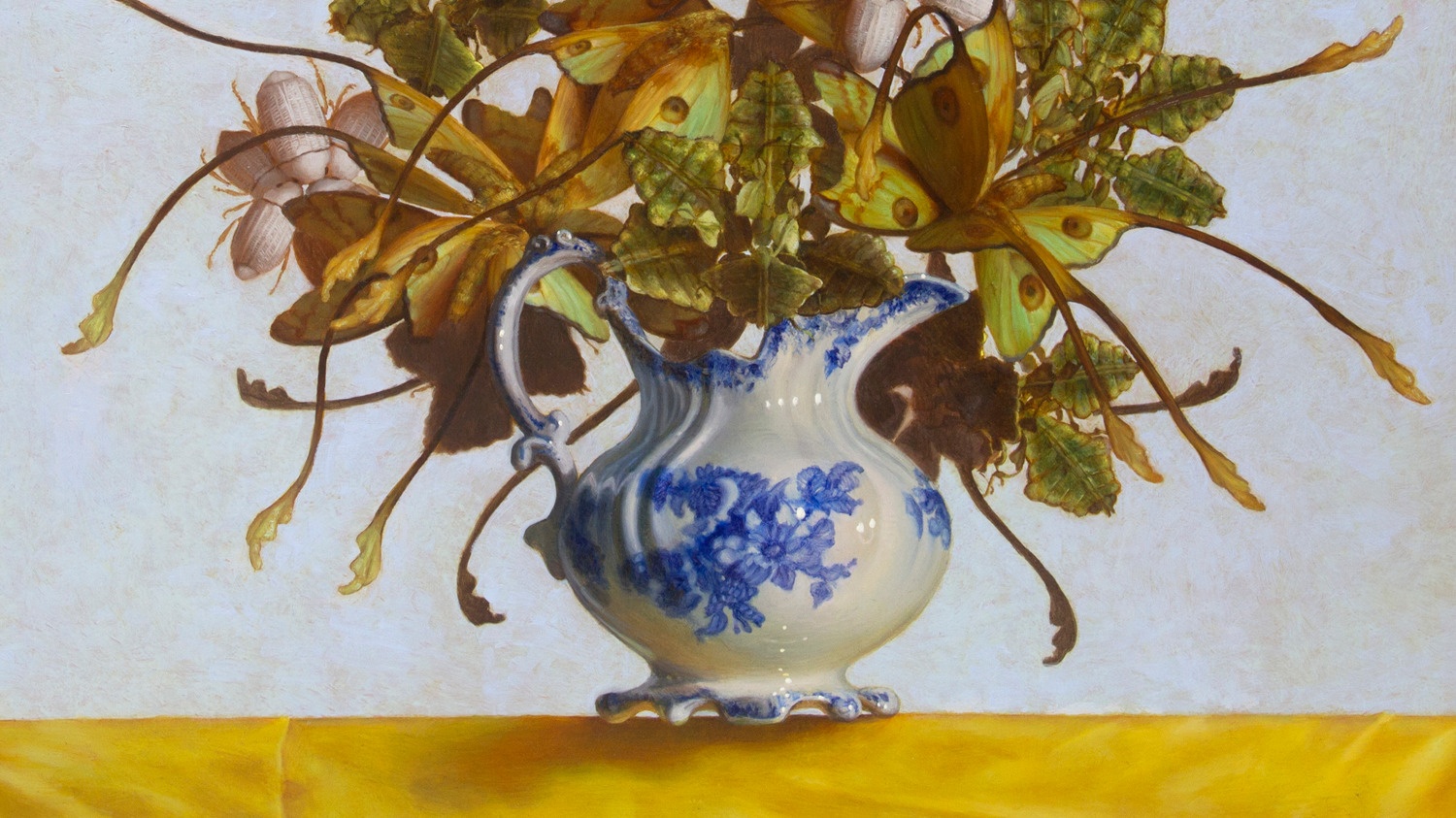 Zane York deftly walks the line between playfulness and profundity. Drawing inspiration from the inherent strangeness of the natural world, York imbues quotidian scenes with subtle elements of the surreal. His finely detailed renderings offer a view of reality that is ever-so-slightly askew, creating a peculiar sense of balance in accordance with his own set of natural laws. Zane’s images invite us to turn away from the glare of the synthetic world and explore the shifting shadows of the human mind. York received his B.F.A. in Drawing, Painting, and Sculpture from the University of Wisconsin Oshkosh and his M.F.A. in Painting from the New York Academy of Art. Zane has had solo exhibitions with numerous galleries, museums, and institutions. His works have been exhibited in New York, Chicago, Los Angeles, Denver, Melbourne, St. Barthelemy, Florida, and France. He maintains his studio in Greenpoint, Brooklyn, and teaches for the New York Academy of Art and Rhode Island School of Design.
Enroll today
View more courses